Are There Ethical Obligations With Video Security and Cloud-Based Storage? 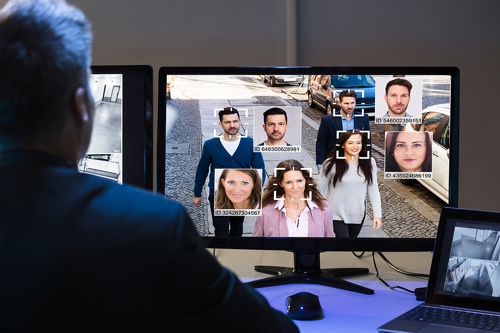 Are There Ethical Obligations With Video Security and Cloud-Based Storage?

Over the last few decades, video surveillance cameras have become an increasingly popular tool to help uphold security in American public spaces. Commercial stores, hospitals, streets, banks are just a few of the locations that are likely to be under video surveillance at any given time, but it doesn’t stop there. Particularly since the 1990’s, video surveillance has become a staple in police stations, public parks, schools and many other highly-frequented locations.

In fact, so many establishments have invested in video surveillance technology that the market is projected to reach nearly $63 billion by 2023. However, the widespread nature of video surveillance gives rise to the question of ethics in security. This article will offer detailed insight into the ethical implications and obligations of using video surveillance in public spaces today.

The Risk of Breach

Although video surveillance is designed to remain secure, allowing only its operators and authorized personnel to access its footage, the reality can be quite different. Unfortunately, video surveillance companies are often subject to the same security pitfalls and missteps as any other company, whether it be a data breach or cybersecurity scam. These kinds of security “slip-ups” can result in the exposure of sensitive video surveillance footage, which may lead to ethical indiscretions.

For example, a recent surveillance technology breach left companies like Tesla, Cloudflare and Equinox reeling after hackers accessed around 150,000 cameras, many of them which were in secure locations. This attack by hacktivist group APT-69420 gave hackers the ability identify individuals through video surveillance footage, which is classified as sensitive information and infringes upon those individuals’ personal rights when exposed to unauthorized groups. With these issues and more to consider, facial recognition technology is a prominent — and controversial — issue in the world of video surveillance ethics.

The Ethics of Facial Recognition

A recent Harvard study states that despite the fact that facial recognition is one of the least accurate tools in modern biometric technology today, it can significantly affect decisions around airport travel, housing and employment. Furthermore, a similar Georgetown study states that 1 in 2 American adults is in a law enforcement face recognition network. Needless to say that facial recognition technology’s link to cultural bias and discrimination combined with the infringement on citizens’ personal privacy makes its use a contentious subject in numerous states today. For these reasons and more, local governments are continuing to ban its use in cities around the country.

With 20 years of valuable experience providing businesses, individuals and organizations with exceptional security solutions, LaTech is proud to serve Baton Rouge, the state of Louisiana and beyond. At LaTech surveillance and security Baton Rouge, our conscientious team strives to maintain a high level of professionalism and integrity every day, which is reflected in each security tool that we provide. We are committed to protecting our customers’ privacy and peace of mind, which is why we take internal security seriously and never compromise the quality of your final product.

Our diverse collection of security tools includes reliable video surveillance technology, license plate readers, access control, parking management tools and much more. To learn more about how LaTech Security + Surveillance can help your team or family stay secure long-term, connect with us by calling 225-214-3038 or filling out our quick contact form today.