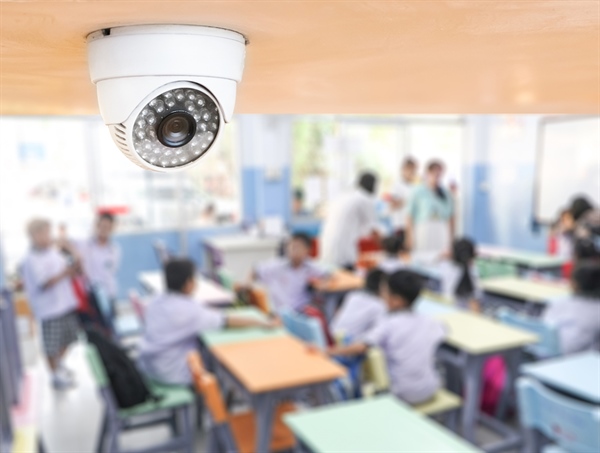 Every day hundreds, even thousands, of children’s lives are in your care. Every parent and educator has some anxiety about the safety of the children in their care. The long and frightening history of violence in schools is on our minds. You take the responsibility of your school seriously – and you are not alone. There are innovative and reliable technology solutions to help you increase the safety of your school, your department and your community.

Are Your K-12 Facilities Safe?

In three of the four most deadly school shootings, the shooter was neither an employee nor a student but easily gained access to the school. Many school shootings have been carefully planned over a long period of time. The shooters have carefully surveyed the school, looking for weaknesses in security protocols and for an easy and effective entry point.

Studies done by concerned organizations writing about the continuing threat of school violence have shown that too many facilities fall short in improvements to school’s physical security, such as the Everytown report from February of this year. Shortcomings in school security detailed in this report include inadequate safety systems. Inadequacies include dated security systems like manual locks, centralized lock systems that are not controlled by local personnel, and lack of training for local personnel.

A secure facility has smart access control. Access to your facility is the cornerstone of a safe environment. Access is multi-faceted and includes proximity badges, key dongles, biometrics, latch plates, magnetic locks, video surveillance and can include technology to restrict access to your driveways and parking areas. The basic idea is that you are making it easy and convenient for authorized persons to access the facility and making it virtually impossible for others to do so.

Access Control technology has many features and updates developed by security experts and it is important to keep up with this technology to make your facility as safe as possible. Examples of developments in technology include:

A Partner in Safety

K-12 facility safety is complex. Resources can be limited. Those responsible for safety can’t be experts in every aspect of security and usually have significant other responsibilities. A trusted partner is needed. LA Tech is ready and available to partner with you, providing the expertise and solutions for your security needs. Contact us at 866-779-4897 to schedule a complimentary consultation to discuss your unique budgetary and project needs.