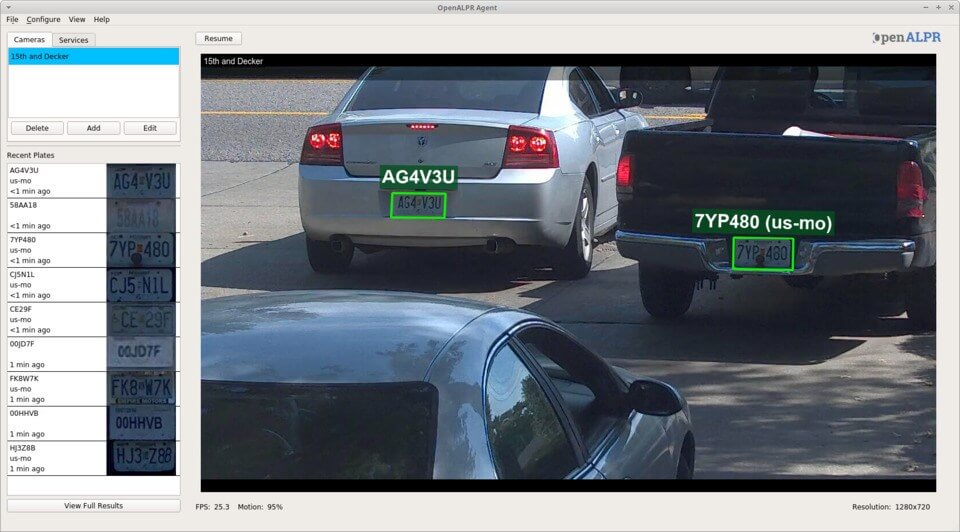 License plate recognition technology can do much more than read license plates thanks to advancements in artificial intelligence — and law enforcement reaps the benefits.

By Adrienne Zimmer on Officer.com

License plate recognition (LPR) technology has advanced leaps and bounds compared to when it was first released two decades ago. LPR technology has seen an increase in operational efficiency, moving from manual LPRs to automatic LPRs (ALPR) that can, as the name says, automatically alert law enforcement of a suspect vehicle.

When it comes to hardware, camera technology has become smaller; there’s integrated infrared illuminators, meaning they can read the plates in night and day better; and there’s an increase in processing power, meaning there’s more resolution to LPR cameras as well. “We can now have a wider picture, a bigger field of view and we can analyze more data because we have that processing power,” says Robert Amante, product manager of Genetec’s AutoVu.

From a software standpoint, the breakthrough in artificial intelligence, or machine-based learning, has helped drive LPR technology forward.

Today, LPR technology can do more than simply read a vehicle’s license plate — it can read the vehicle’s make, model and color. It can even pick up bumper stickers on the vehicle. This is due to a breakthrough in artificial intelligence (AI) technology that happened several years ago, says Matt Hill, founder and CTO of OpenALPR. With new computer vision capabilities, it became easier to identify things in video and images. “What AI is doing isn’t just a little bit better than what the software was doing before,” he says. “It’s so much better.”

Ten years ago, there wasn’t a way to make use of AI or “deep learning” says Akif Ekin, president of Ekin Safe City Technologies. “With the new ALPR generation, it’s possible for the technology to even read state plates to see which state each plate belongs, giving law enforcement valuable information.” This has been possible only in the last two years, he says. The result? Improved accuracy. In the past, accuracy was 80 to 90 percent, says Ekin. “Now, what the human being can do in one second, our system can do the same. Our accuracy rate is now 99 percent. The accuracy rate has increased dramatically with AI and deep learning.”

The advancements in AI not only give law enforcement more information with better accuracy, but it also has become more accessible.

Lt. Brian Hess of the Westchester County Police (N.Y.) has used LPR technology for nearly 20 years, both fixed and mobile applications. He saw the benefits of the technology early on but says one of the largest deterrents was the cost, with a fixed location ranging from $50,000 to $80,000. It became a huge expense for the county and they were putting them in places that didn’t make sense. When they took over policing for another municipality, they wanted to try LPR again but because the cost was so high the agency started placing their own high definition cameras in strategic locations. The problem? If something happened, someone in the agency would have to go back and manually review all of the video and try to find the right car. “It worked, but it was not the best solution,” says Hess. They opted instead to invest in OpenALPR software, which essentially rides on top of the video feed. With the ability to use their own cameras, the agency has been able to put up a LPR location for about one-fifth the cost of a traditional solution.

Due to machine-learning artificial intelligence, Hess can grab the license plate and the make, model and color of the vehicle. “This is beneficial because when someone is the victim of a crime, they very rarely have the plate, but almost anyone can describe the make and model,” he says. “Now I can search in a specific time period for every red Ford that went through the LPR. That was something that was never possible before.” Due to the high resolution, videos are only kept for 15 days. “Within 15 days we have a terabyte of storage that each camera takes up,” Hess says. “This way it also doesn’t become a privacy concern, either. In 15 days it’s expunged and we’re onto the next stuff.”

The agency has had so much success with the LPR technology that it started a real-time crime center. “It was amazing how much stuff we were missing in the past that now we know about,” notes Hess. “It’s like having 58 more cops standing on the road looking at cars when they drive by. It’s a force multiplier.”

The advancements in LPR technology don’t stop at just the software. According to Ekin, the processors are much more capable than they were years ago, meaning companies can put deep learning technology into very small devices. “We have sensors which allow us to put AI into small devices, like the size of a smart phone,” he says. “We have better-quality sensors and picture quality, too. The capabilities are better than before.”

There are two different types of technologies for ALPR, says Genetec’s Amante — server-based ALPR and edge-based ALPR. Server-based ALPR indicates that a camera is sending video back to a server and the server is doing all the analytics to determine if it’s a license plate. The disadvantage, notes Amante, is that if the network goes down between the camera and your server, you won’t get anymore license plate reads. The other disadvantage is that you need an expensive server. “Usually if you’re running on a server it’s going to be a very heavy solution,” he says. Edge-based ALPR, on the other hand, means your camera is doing all the analytics. If your network does go down, your camera can still keep reading the license plates and when the network comes back it can send all that data back to the central server to do all of your reporting on it. “These machine-learning technologies are usually based with servers doing a lot of computations, but we take that, compact it and fit it onboard the camera itself, which makes the camera very, very powerful,” says Amante.

There are advantages when it comes to a mobile solution where the camera is mounted on a patrol vehicle. “You don’t have the luxury of having the server in the car to do this machine learning, so you have no choice but to fit it on the ALPR device. When law enforcement officers have that, they get the benefits of the better read rates and the better capture rates,” says Amante.

More than a plate reader

In the early days of ALPR, most agencies seemed to look at the technology as a glorified stolen vehicle catcher. As its use has matured, agencies now see LPR as a vital, often mission-critical tool for all policing, including traffic enforcement, investigations, road patrol, security detail and more says Keith Yahn, U.S. general manager, NDI Recognition Systems.

The software is much more of an analytical tool now than it is a depository for the data. “Previously it was used as a match tool,” says Nathan Maloney, vice president of marketing and communications at Selex ES Inc., a Leonardo Company. “You’d have a hot list of the wanted vehicles and you’d have your reads. If something matched, an alarm would go off and the officer would be able to interdict. In the past 10 years we’ve really taken the software to a whole new level in being able to do a lot of predictive analysis and correlational analysis on the data.”

But the changes — and capabilities — don’t stop there. “Much of the change in ALPR over the years has come from what users expect out of their systems and vendors responding to that. It’s now more than just simple alerts on stolen vehicles,” says NDI’s Yahn. “Condition-based alerting, real-time analytics, data sharing and instant notifications in multiple forms are all now requirements.”

Joyce points to a recent success case where a little girl was abducted from Oregon. “An alert from our software in Nevada notified authorities that the vehicle involved in the crime was in the area. The police arrived and found the little girl abducted from Oregon and were able to get her back with her family. Without having that data, it would have been a lot harder to find the girl,” he says.

It’s clear that the capabilities within LPR technology go beyond the name. The technology can do much more than read license plates. Beyond determining the license plate number, the make, model and color of the vehicle, this technology may even be able to be used for facial recognition. Ekin takes it one step further. “The systems are getting smarter,” he says. “If I can see in the car, I can even tell you if the seatbelt is on or not. Or if there are two people sitting in the front. We could even have an application that could tell if someone is using a mobile phone while driving. I see this coming in the next year; we are on the cusp of the technology.”

Outside of law enforcement, the technology may be able to be used by cities to detect street signs or roads that are damaged. It could even be used by consumers as a garage door opener by automatically reading vehicle plates as you drive up to your home.

The advancements in LPR capabilities and affordability may make it a more compelling technology for law enforcement, but agencies need to make sure they know their regional and state laws surrounding the tech. It’s imperative to find a solution that is customizable to fit changing state and regional laws.